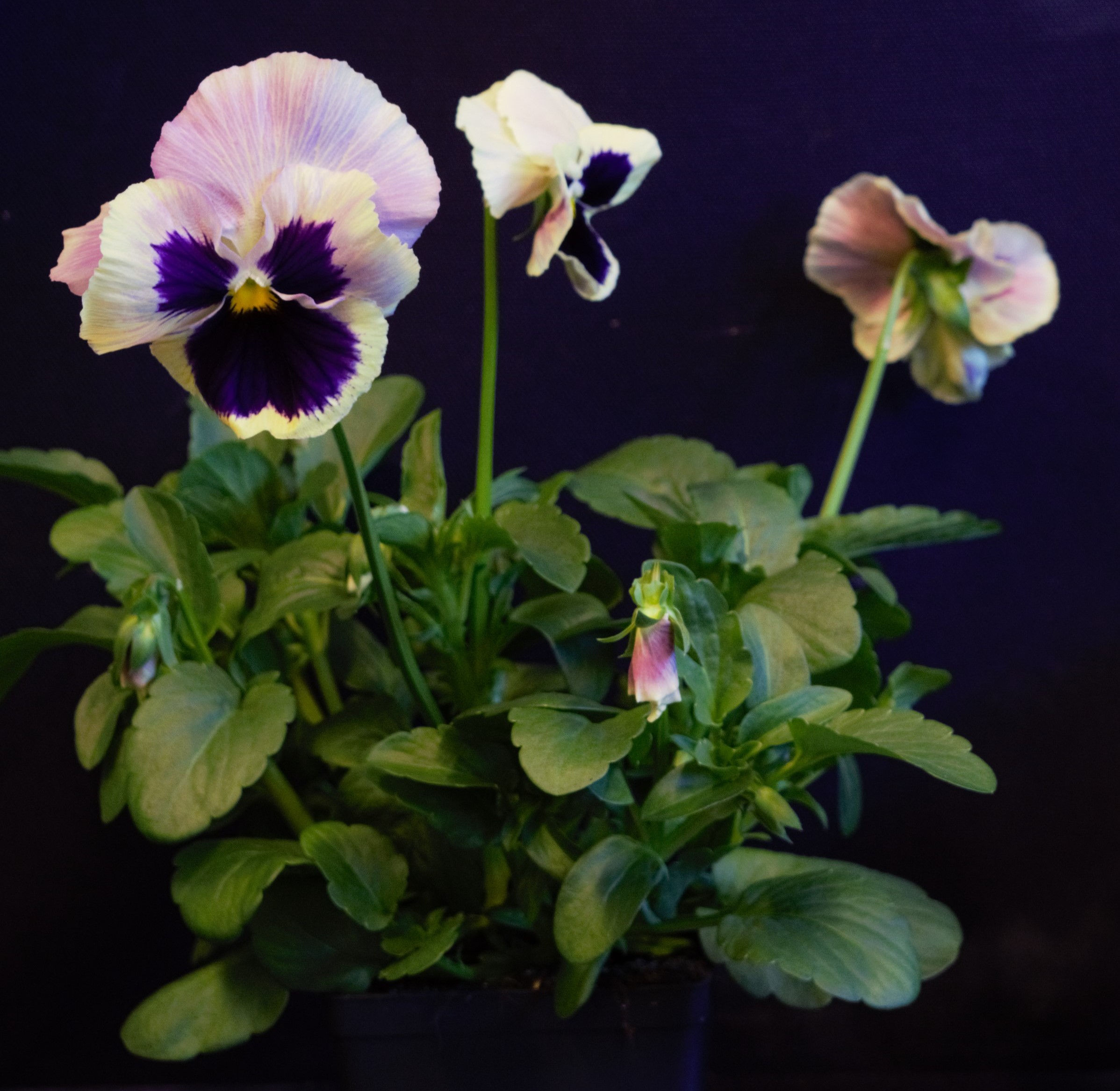 Far-Red: Light Which Makes a Difference

Research
Food
Success! Now you're in the know with insights from Heliospectra.
Thank you for downloading
Far-Red: Light Which Makes a Difference
Download NowDownload Now
Oops! Something went wrong while submitting the form.

Get your copy today!

Get your copy today

Download Now
Success! Now you're in the know with insights from Heliospectra.
Thank you for downloading
Far-Red: Light Which Makes a Difference
Watch Now
Oops! Something went wrong while submitting the form.

Far-red (FR) light is a waveband at the extreme end of the visible light spectrum. It is regarded as wavelengths between 700 and 780 nanometers (nm). To human eyes, FR is only dimly visible, but it plays a very important biological role for plant growth and yield.

Far-red light is used in photosynthesis

FR has long been considered to have a minimal input in photosynthesis and is excluded from the definition of Photosynthetically Active Radiation (PAR; 400 to 700 nm). It is because the photosynthetic efficiency of monochromatic FR light sharply declines with the wavelength. FR is largely reflected and transmitted by plant leaves, and only about 30% is absorbed.

Several recent studies have shown that far-red photons interact with shorter wavelength photons to increase efficiency of photosynthesis. Zhen and Bugbee (2020) have studied effect of FR on whole plant photosynthesis for 14 different crop species. They concluded that adding far-red photons to a spectrum of shorter wavelengths (e.g. broad white spectrum) caused an increase in canopy photosynthesis equal to adding additional light from PAR range (400-700 nm) of the same intensity. The effect was wavelength dependent. The authors postulated that radiation between 700 and 750 nm should be included in the definition of Photosynthetically Active Radiation (PAR).

How does it work

The phenomenon is not new and is known as the Emerson effect. Robert Emerson (1957) found out that plants exposed simultaneously to light of shorter and longer wavelengths then 680 nm, have much more efficient photosynthesis than if they are exposed to only shorter or longer wavelengths separately. It happens because photosynthesis is driven by two photosystems which work in synergy. It can be compared to two pump mechanisms used to transport energy. The first pump or photosystem uses red photons to pump up electrons on a higher level. The second pump or photosystem uses far-red photons to pump up electrons even further. High energy photons are used to synthetize basic building biochemicals which can be used to make different substances e.g. sugars. The efficiency of the system is highest when both pumps work together in a balanced way. Using laser diodes to obtain extremely narrow wavebands, Zhen et al. (2018) found that photons from 703 to 731 nm tended to be more efficient at increasing photochemical efficiency than photons below 703 nm or above 731 nm FR. Photons of wavelength above 752 nm are not effective in enhancing photochemical efficiency as they are no longer used by the first photosystem due to low photon energy and absorption.

Far-red light increases the ability of plants to capture light

Plants use light not only as a source of energy (i.e. in the process of photosynthesis), but also for information about the surrounding environment. Because plant leaves absorb blue and red light efficiently while FR light is mostly reflected or filtrated, the light under a plant’s leaves contains proportionally more far-red and less blue and red light than direct sunlight. An increase in the proportion of FR photons in the growth spectrum is therefore perceived by plants as information that they are shaded and at risk of being overgrown by other plants. In response they will try to get taller, i.e. extend their stem and leaf petioles, to overgrow the competition. Some plants can also try to increase their light capture by increasing leaf area and reducing production of sunscreen type pigments (anthocyanins).

Plants with a taller, looser canopy will also capture more light when compared with those having more compact form. Because they dedicate most of the available resources to extension growth, shaded plants reduce branching and decrease production of some biochemical compounds. Some species may also react to shade by flowering as soon as possible to produce seeds before the competitors take available resources. On the other hand, plants grown in the spectra without FR light are usually more compact, branched, and have smaller, thicker, and darker leaves.

The choice of strategy and magnitude of reaction depends on plant species, but responses to FR ratios in grow light spectrum are common to all plants. In plant production, the natural responses can be used to regulate plant appearance, shape and height as well as maximize yield by increasing light capture or enhancing flowering with adjustments to the red to far-red ratio in the grow light spectrum.

How does it work

Plants have several receptors which sense different wavelengths and react accordingly. These receptors are activated by one set of wavebands and deactivated by another. The group of receptors sensitive to far-red light are called phytochromes. Absorption of FR light converts a phytochrome to the red-absorbing form (Pr). Absorption of red light converts it back to a form which can absorb FR (Pfr). It is a dynamic process and a plant grown in a balanced light has both forms n based on the proportion of red to far-red in the grow light spectrum. Pfr form also converts back to Pr form in darkness. It happens slowly, so the plants can use the same system to determine the duration of the darkness. The phytochromes works as a switch to turn on and off many biological processes in a plant’s body.

Far-red light plays an important role in regulation of flowering

In nature, reproduction of plants must follow seasons. The exception are species growing at the equator. Many (but not all) plant species regulate their flowering time according to the length of the night. The species and varieties which flower at late spring and summer, when the nights are short, are called long-day plants. Species and varieties which flower with longer nights are called short day-plants. Because plants use the same system to sense the length of the night as they use to sense the presence of far-red light, flowering of photoperiod sensitive plants can be regulated by using LED lights with different red to FR ratios. For example, flowering of short-day plants can be inhibited by day extension with light having high red to FR ratio. Night interruption with lights of FR only does not inhibit flowering, and in some species such treatment can enhance flower set (e.g. Craig and Runkle, 2013).

In many long-day plants, the presence of FR in a grow light spectrum substantially shortens the time needed for flowers to initiate and set in comparison to plants grown under lights without FR. It happens because a mixture of FR radiation increases plant size and photosynthesis, and thus allows plants to gather more energy for reproduction (Park and Runkle, 2017). There are plant species and varieties which do not flower at all if grown under a grow light without FR in the spectrum.

Researchers at Wageningen University conducted a series of experiments showing that the additional FR in a grow light spectrum can increase yield of tomato plants by increasing plant investment in fruits production. Tomatoes grown with additional FR had higher total fruit biomass, fruit number per plant and average fruit fresh weight (Kalaitzoglou et al. 2019). More detailed studies by Ji at all (2019) showed that tomatoes grown under FR enriched spectrum of a supplemental lighting in a greenhouse (i.e. with the presence of sunlight) allocated 15–35% more biomass to fruits at the costs of leaf production, when compared to plants grown under lights without FR in the spectrum. Tomatoes grown under FR enriched lighting had also higher rate of truss appearance.  However, researchers observed also, that FR induced increase in fruit yield can have a penalty of lower resistance to pathogens.

Far-red in a spectrum of grow lights for indoor environment

The proportion of FR in a grow light spectrum affects all three major factors which determine crop yield, which are efficiency at which the absorbed photons are converted into biomass, effectiveness of radiation capture and dry matter partitioning to the harvested portion of the crop (Zhen and Bugbee, 2020). Therefore, choosing the lights with the appropriate proportion of red to FR ratio is one of the key factors for successful indoor plant production.

Heliospectra’s research team has performed numerous experiments investigating the effect of far-red on multiple leafy greens and herbs. Adding FR to the grow light spectrum has significant effect on shape of all plants. Moderate levels of FR have positive effect on plant size, height, area (footprint) and overall appearance of grown species. Substituting part of PAR light with moderate levels of FR had no negative effect on total plant biomass. In some species with rosette leaves such as lettuces, FR had a positive effect on plant biomass, probably due to increased area of leaves capturing the light. In taller herbs like basil, the presence of FR in the growth spectrum did not affect biomass directly but enhanced overall plant height while shortening the production cycle.,Basil plants could achieve size appropriate for packaging earlier.  However, in the case of species with long leaf petioles, such as dill and coriander, the grow light spectrum and FR ratios must be carefully adjusted to enhance plant appearance and quality without negative influence on plant stability. Response to FR can vary substantially by species. It is always recommended to consult a specialist in order to choose a light spectrum and customize a lighting strategy to your cultivation goals and desired crop outcomes.

Do you want to know more? Talk with our helioCARE technical services team

Growers, we've got good news! Heliospectra and Hanna Instruments, Inc. have teamed up for another webinar. It's your chance to get all of your growing questions answered.

Infographic on what light means to your plant and our tips and tricks to take into consideration during cultivation.

Learn More
Products, updates, developments, upcoming events and exciting news!
Subscribe to our newsletter, stay in the loop.
Thank you! Your submission has been received!
Oops! Something went wrong while submitting the form.